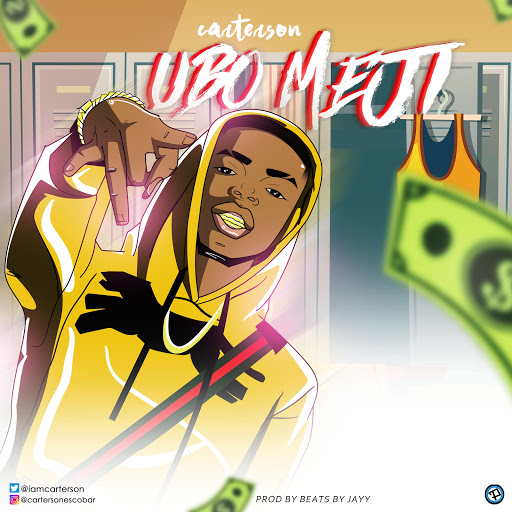 Fast rising Leading Act Carterson finishes off the year with another hit rap Track he titled “Ubo Meji” which means “Mad Man” in his dialect itsekiri which is a tribe of the southern part of the country. Carterson has made amazing bangers for all his fans and music lovers this year, Ubo Meji was Produced By impressive undisputed trap producer “Beats By Jayy”.

The Trap Rapper who has dropped so many hit songs From “Itsekiri” to “Sun Seyin” Is back again and with no doubt, Carterson is here to stay!. The video “Ubo Meji” has been shot already and is ready to rock TV stations in no time.