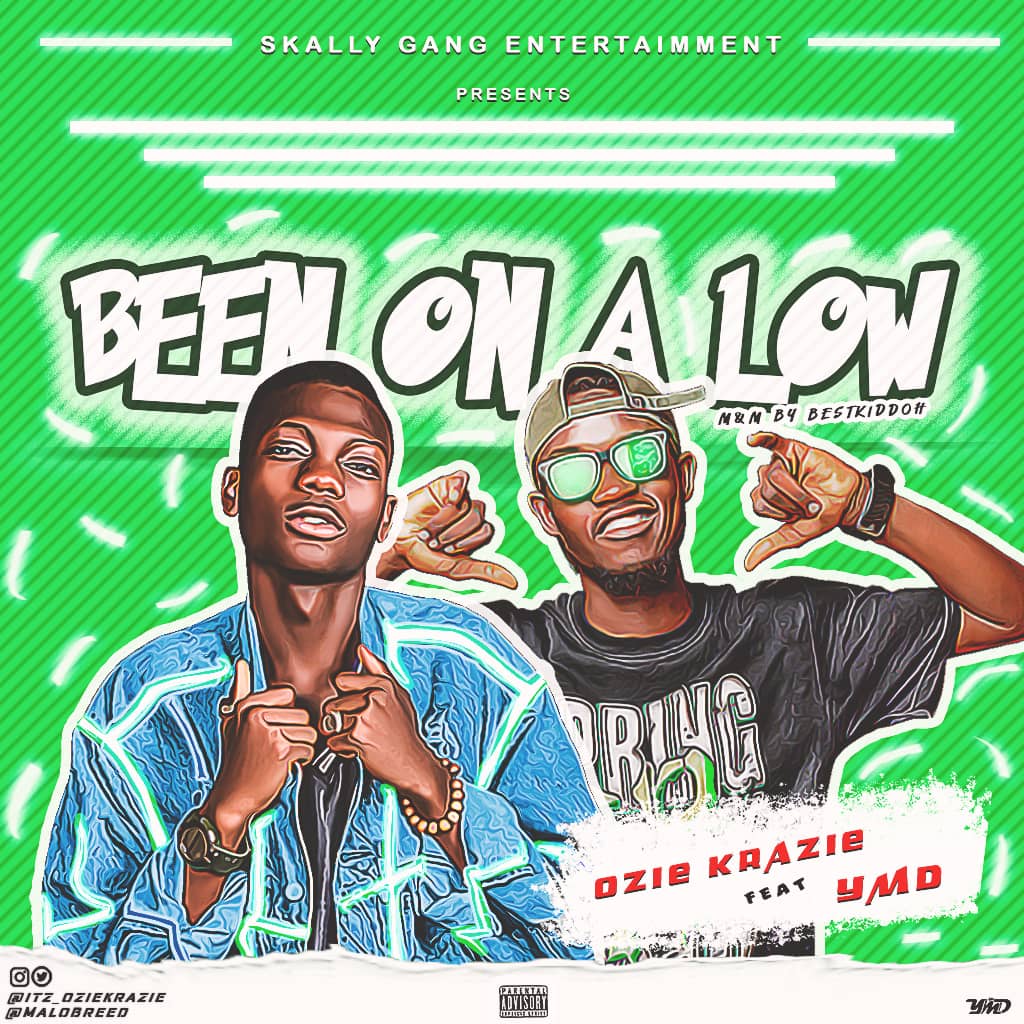 After starting up the year with his hit single titled "Alright", the Skally Gang Entertainment rave of the moment and Arewa Trap Kart3l gang member, Ozie Krazie, dishes us his highly anticipated energetic trap song that will take over your playlist and leave your speakers shattered. He titled this one "Been On A Low" featuring Muziek Klan Group front-runner, "Malo Breed" crooner, and fellow Arewa Trap Kart3l gang member, YMD. The single talks about his rise to the top of the rap game after been away for a while. "Been On A Low" was recorded in Croc city and was mixed & mastered by YNS act, Bestkiddoh. Do listen and share..
DOWNLOAD BEEN ON A LOW HERE

2020 seems to be a good year for Emmi Nazty has he return with a new prayer point titled Eledumare on this song Emmi Nazty teams up with SeanBlaQ to make sure its a banger, download and enjoy

Nasarawa based artist, Ozie Krazie, starts the yeah of with a dancehall riddim song he titled JIGGY JIGGY...
On this song oziekrazie shows how versatile he can be by fusing bars into a dancehall riddim, this is something for you to listen to, download and enjoy
DOWNLOAD OZIE_KRAZIE_JIGGY_JIGGY HERE