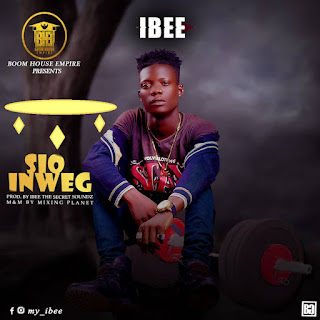 IBEE—“SIO INWEG”. This is one of the SINGLE the people as been waiting for a long time, BHE Rapper, Music Producer and songwriter Innocent Bassey Akpan also known by his stage name as
Ibee  to unleash a brand new monster jam titled “SIO INWEG”.
This will be Ibee’s first studio project since he announced himself into the industry.
Sio Inweg by Ibee is produced professionally by Ibee The Secret Soundz, Mixed And Mastered by Mixing Planet. Stream and download the full audio to Sio Inweg by Ibee below and please don’t forget to share Thanks..
Download Below....
DOWNLOAD
MUSIC