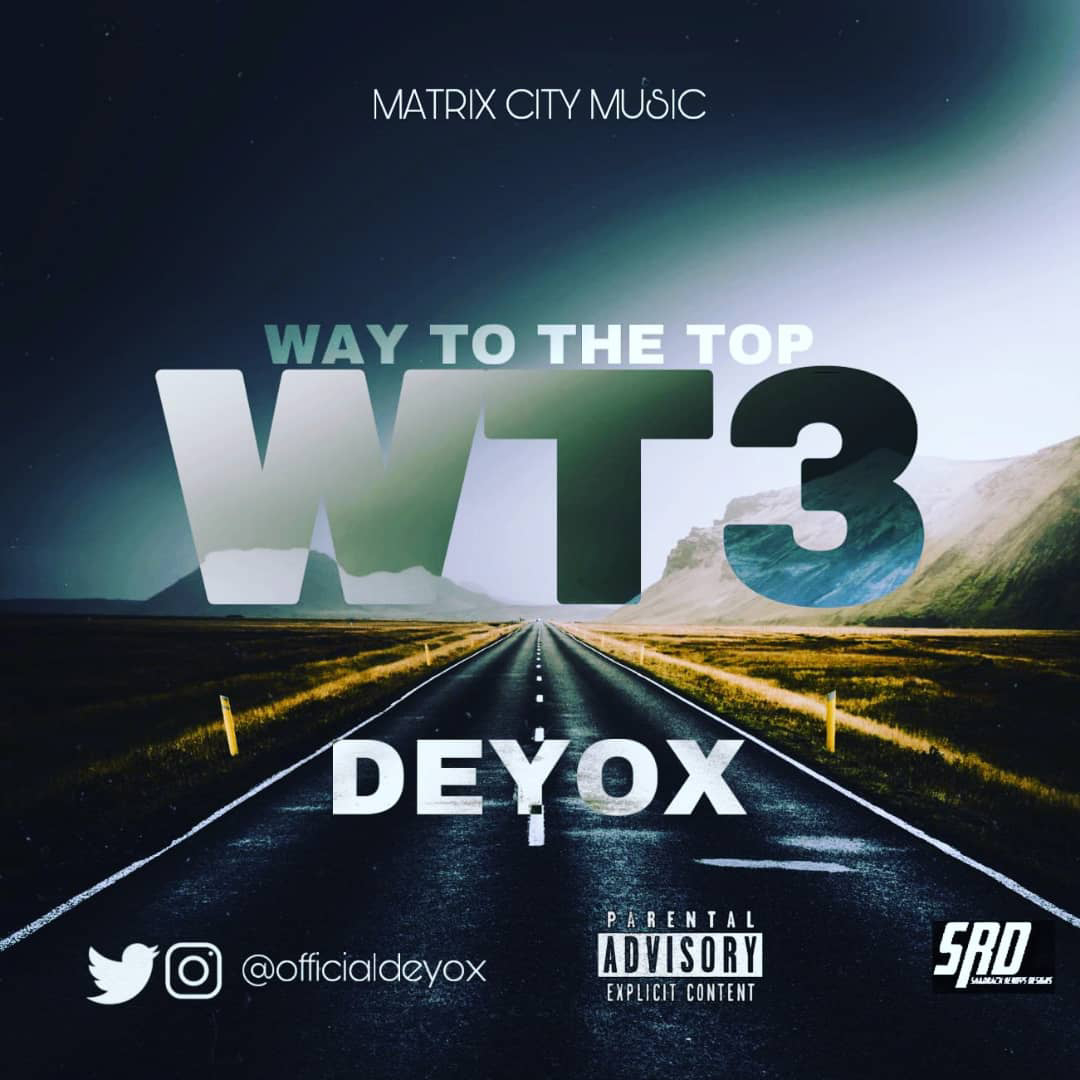 Deyox under Matrix City Music Group which houses Rendy, Rzn Beyond has something for the hip hop culture.... It's been a long time coming, like the good old days He pays respect to the ones keeping it real while sending a message to everyone to never lose control while getting higher in life.#WT3- Way To The Top mixed by Sko Beats is one of several works to hit the streets soon.

LYRICSDeyox - WT3 (Way To The Top) mixed by Sko Beats
IntroLet's do this for the cultureIs Deyox in the buildingHook 1On your way to the top, never go outta control no!On your way to the top, never go outta control no!On your way to the top, never go outta control no!On your way to the top, yeah! yeah!! oh yeah!!!
Verse 1
Time Square lights yeah craving for the action/Sick with the stage fright no photo reaction/I was damn good when it's two or three/But now I got the whole audience to pleasenah that ain't for me/But when I look up, this was what I came for/My lines ain't gross so ima just hit the score/I dreamt about this beforeGetting high like a liquor store/I wanna touch the sky like air Jordan did the moon walk/So now I grab the mic I kill the beat her life is over/Shawdiii feel the heat she calling me the casanova/You wanna get high you don't need to bend over/Swing low let it ride baby game over/So when I step on stage these niggas be hating on me /Cos they can never do what I did I flow so legit/I grab the mic and make them feel the heat/with my real music making hits/Uh yeahIs not easy to be afraid of heights/Still yet remain fly as a kite/You probably wanna get high on that/But I will never let it get to my head I ain't proud of that/...
UhHook 2
Verse 2
Responsible for all the things you playing on/When u see my picture you just hating on your camera phone /They asking for more hits mehn I told them they are splitting on/Really cos I was the heat and I am the shiii that they are swearing on/This ain't a song a rap attack is what I'm doing now/They stated feeling me when you wasn't even known/I took over the mic with So Essential now we carry on/Cos now we going everywhere like Oxygen you breathing on/Reason why I'm here with all ya/Had to sacrifice you couldn't have to pay for sure/I had a lot of studios to go but this one I prefer /Since I got a lot of dreams to fight never mind I'll conquer /I'm still, fly like what's that coming/My brain is outta space when I speak it cometh/trynna right my wrong on the mic, Lorry/I'm not looking for fame my ex chick's name is Glory/Flows are sweeter than Beyonce Knowles/Doing a catwalk you can see that on the rhyme flow/Mic checking counting 1-2-3-4/Before I spit mehn I gotta see the beat rise and fall/Got game like a laker, supperfly a malaika/Steady Stacking up the cake the kind that you can write on paper/Then I hit the booth when I got the beat/Some of yall never even thought that I could even spit/But now I bring the vibe studded in a tape/Billboard flows put you in a state of mine/I stunt hard like am in to skate/I Punch bars in the booth and I don't need a space/Ay!Hook 3So now I drop another song to make a OG wanna yell/I got bars that could keep em outta jail/Damn! Dj like it's makavelli/Then turn it up a little a make em wanna yell/My line sicker than juth I need a pill/Cos I'm ill so I kill withthe skill/Drop another song to make a niggah wanna yell/See ima drop another song to make a niggah wanna yell /Ay! Oo! Ay!! Oo!! Till it fades
Deyox WT3[Way to the top]