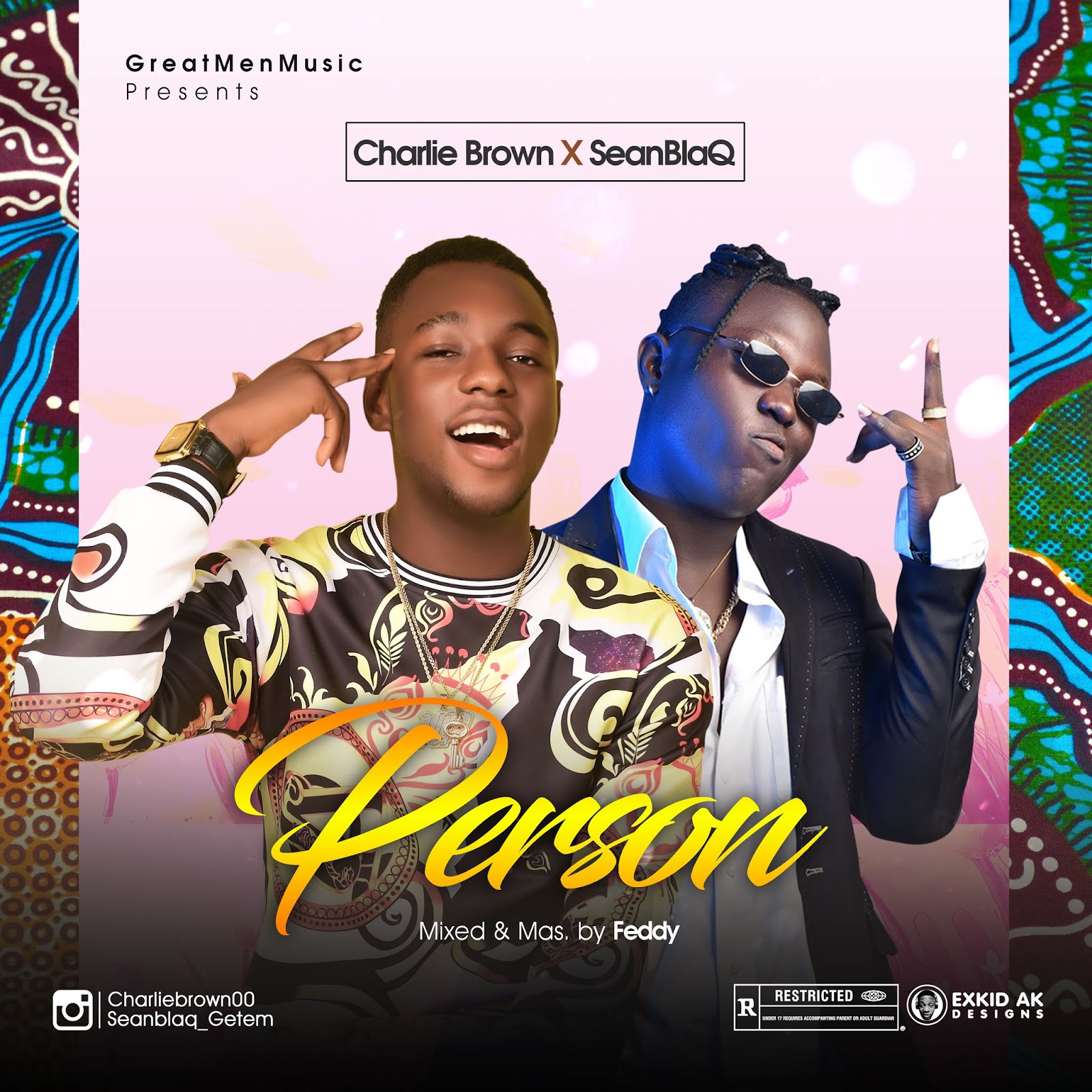 Charlie Brown, has released another banger which he title it !! PERSON!! featuring SeanBlaQ a jtown Artist, he has promise to keep growing.
Charlie Brown, who's real name is Charles Imoni Owoicho, hails from Benue State origin of APA Local Government, born in KADUNA but was raise in nasarawa state,  the young singer/Rapper started having passion for music at is tender age , in 2013 Hi recorded is first single !TO ME!  After them in 2016 he drops is second single ! BE MINE! which was produces by Mr Ydee, in 2020 he drops is official single !Don't leave me! Which was produces by Feddy.
DOWNLOAD PERSON BY CHARLIE BROWN X SEANBLAQ HERE