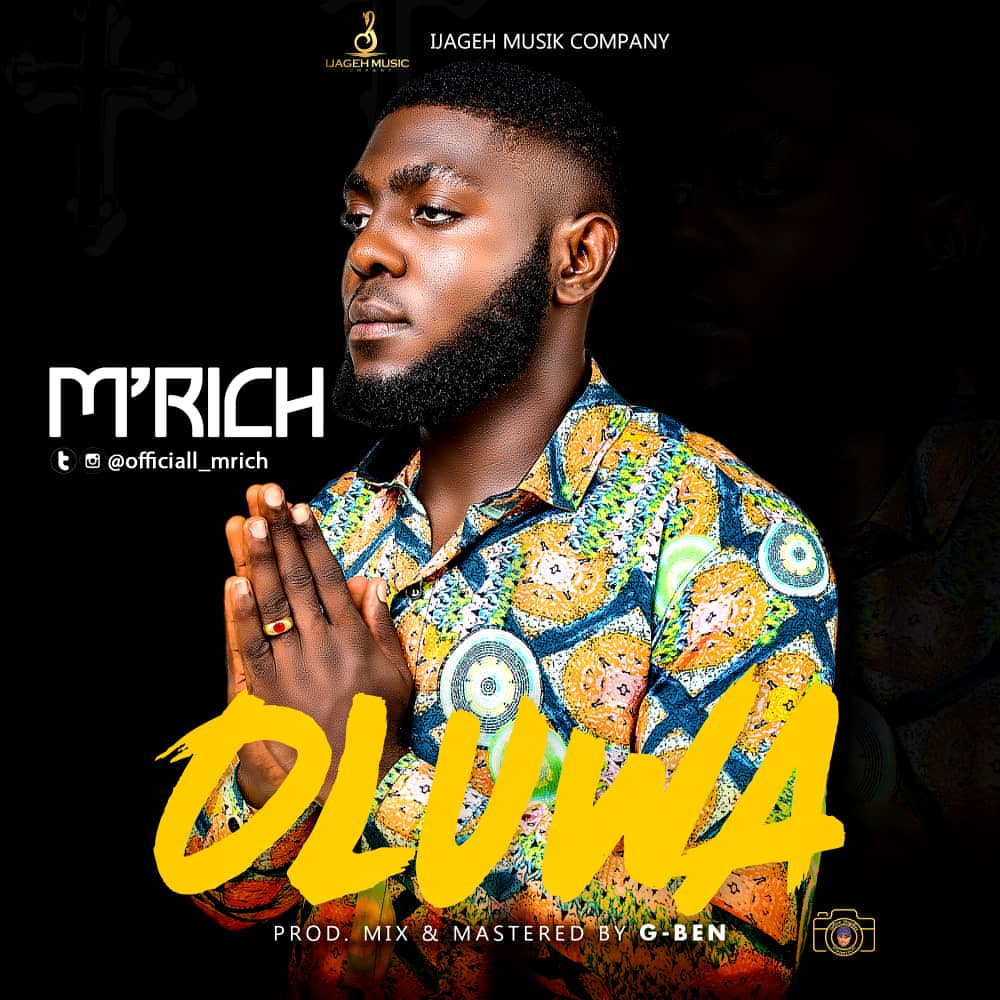 Mrich The Fume Fume Crooner is back with another Good Jam.
After The Successful Release of His Album "Rich To Fame" in 2017
He Has Never relent his effort and has always give his fans good music.
Songs from his album that brought him to Limelight are
"Fume Fume, Shaye, Thinking Of You, She don't Know & Every time"
Since then he has been on every show performing.
Oluwa is a Mid tempo Afro beat, which ks a street Gospel vibe, and a prayer to God. This track was produced by G Ben an Extraordinare producer that made the track worth Your Attention.
Download and share.
DOWNLOAD
G Ben M'Rich mrich Oluwa